The KAS held an event a few weeks back offering public outreach at Chenango Valley State Park. That’s right, we took the show on the road. Below is the President’s summary of the event. A great job by the members who supported this. 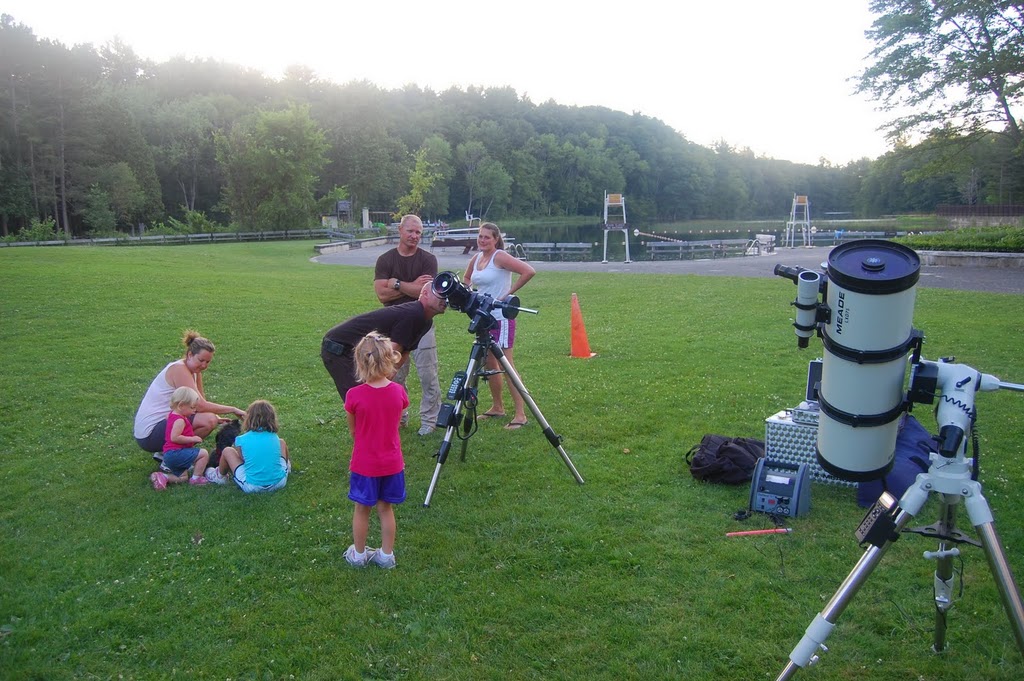 Check out all the photos in the 2011 KAS Event Gallery

This really did turn out to be a lot of fun, and we had a bunch of “happy campers” despite the high cloud that limited us to the moon, Saturn, and some double stars (although I did get M-57 in my scope near the end, it looked pretty sick even with a nebular filter).

I think one of the reasons we had a big turnout was that the Park Staff and Police went thru the camping areas and reminded people that we were set up. A lot of people asked me how often we did this, and could they expect to see us again this year? Also, unlike last year, most of the campers seemed to be locals and aware of the Kopernik Observatory.

Somebody (Fibber?) mentioned discussing with the Park Staff the possibility of next year opening up this event to the public rather than just the over-night campers. That would allow NYS Parks to list it as an “event” on their websites and members of the public could stay after dark to attend.

Finally, thanks to everyone who responded to my last minute “call for help”. We really needed the help and extra scopes. I myself might not be able to make it next month (full moon!!), so please consider taking part.

This entry was posted in Events, News. Bookmark the permalink.